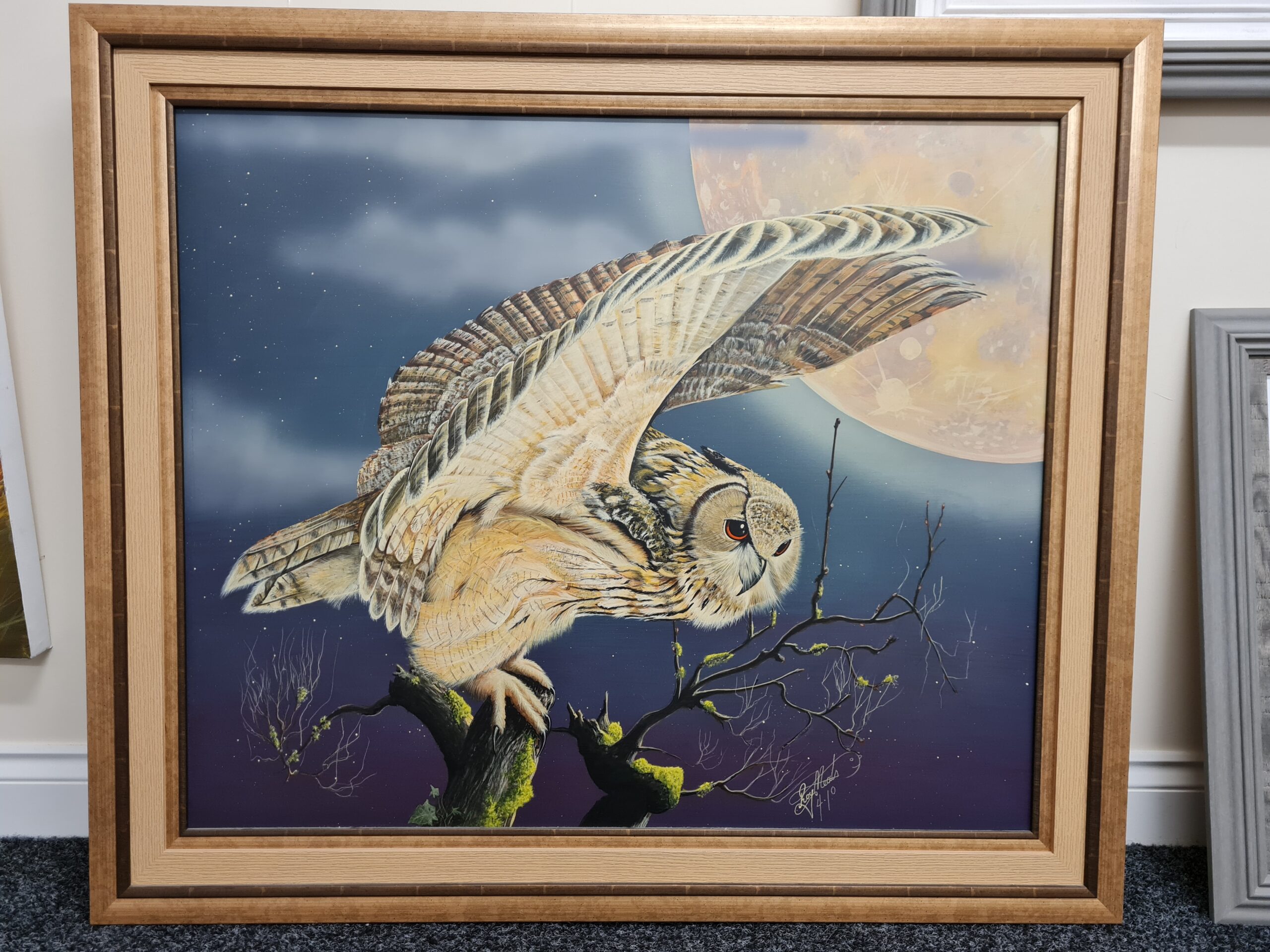 Roy was born in Nottingham City Centre in 1958. The son of a long Distant Lorry Driver and a Lace Maker, cobbled street were still the norm.

Roy was always painting and drawing with his dad he loved pictures of Galleon ships. His work was always exhibited at school and he then became fascinated with nature in all its forms.

Having to leave Nottingham due to his fathers work, they settled in the small market town of Atherstone. A whole new world had opened up as nature and wildlife was on his doorstep.

All of Roy’s spare time was now spent walking the fields and hedgerows collecting and studying nature, all flora, trees, rocks etc.

Roy started to sell paintings whilst still at school. His first medium was pencils and water colours, extending into pen & ink, oil acrylic and then enamels.

When Roy left school he became an apprentice in painting and decorating, studying colour, designs and specialist finishes as part of this training. He developed a flair for sign-writing which eventually became his main source of income.

As painting was still part of Roy’s life, he organised his first exhibition in Atherstone Anglia Building Society. The pictures that were on display were mainly all animals.

Upon completing his apprenticeship, Roy set up his own sign-writing company this was in 1983. He was working mainly for all the different breweries up and down the country and painted pictorial signs for pubs as there was a big demand for hand painted signs. Roy was also still selling his paintings and getting commissions for peoples pets etc. In addition Roy started designing and producing painted fire screens, clocks and furniture. These were mainly sold at Country Fairs and Country Stores.

Roy’s second exhibition took place at Riversley Park Gallery, Nuneaton. This was a complete sellout of all his products and pictures.

With the demise of the brewing industry, the demand for signs and sign writing declined and Roy took a new direction into painting murals in children’s bedrooms, hotel themed rooms and children’s play areas throughout England and Europe.

Roy’s most recent murals have been painted in Father Hudson’s Care Homes in Coleshill. With further work commissioned.

Throughout this period, Roy has still carried on painting and still does commission work for people. More recently he has decided to take his painting one step further and branch out into limited edition prints. By going down this route he is making his pictures accessible to more people at an affordable price. 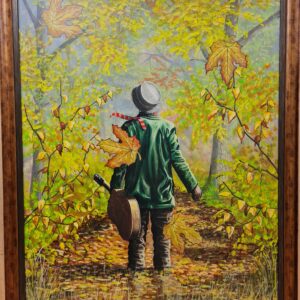 Does something catch your eye?

Use the contact form below to ask us anything that you need to know.

Dive into the wonderful world of contemporary Scottish Art here at Arti Farti. We help make the finished product one which will take pride of place in both your home and heart.